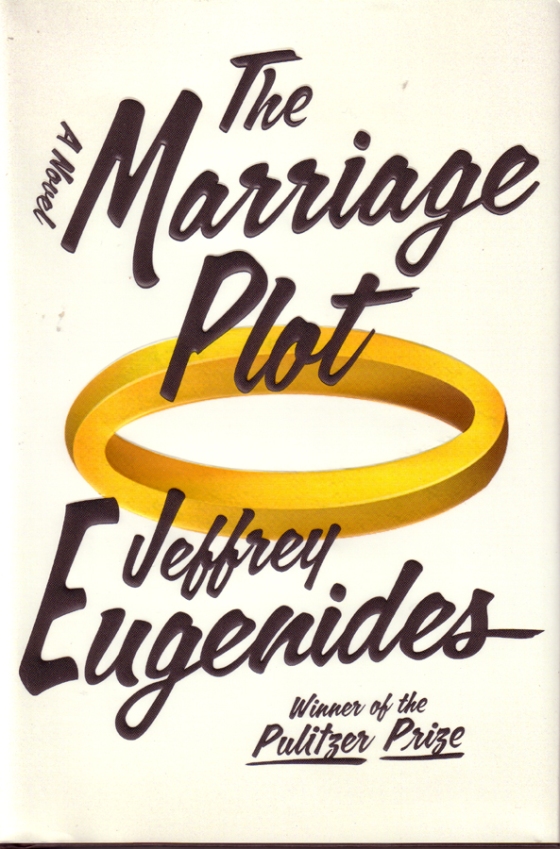 Earlier this year (before the 50 books thing), I read Middlesex by Jeffrey Eugenides. For some reason, Middlesex was this big book with a cover that I saw everywhere when I was in college, and for some reason, I was sure that it was really boring. Does that ever happen to you? I feel like at some point, I associated it with something negative (someone who was reading it, the fact that it was an Oprah book), and then I kind of wrote it off as something I didn’t want to read. Then, I asked Jason to recommend a book, and he pulled Middlesex off the shelf and handed it to me. I probably made some kind of face, he probably rolled his eyes and told me to give it a chance, so I did. And I finished it in less than a week. I would recommend that book to anyone. It’s socially relevant and educational without being preachy. It’s a story that brings a controversial issue to light in a way that leaves the reader unable to ignore the reality of the transgendered experience. I feel like fiction can really be a way to change opinions and open minds–that’s why I love John Irving so much. Middlesex does that.

So, when I saw that Jeffrey Eugenides published another novel, The Marriage Plot, I jumped at the chance. However, this novel is miles from Middlesex. It’s a study of the traditional marriage plot in the Victorian novel. Set in the mid-eighties, the novel follows Madeline Hanna, a recent graduate of Brown University. Madeline studied English, and wrote her thesis about the Victorian marriage plot. While she navigates the world as a college graduate, two men weave their way in and out of her life–Leonard Bankhead and Mitchell Grammaticus. Madeline dates Leonard (even marries him), in the throes of a manic high due to Leonard’s bipolar disorder. The marriage plot that Madeline wrote about in college is played out in her life, as Mitchell loves Madeline from a distance while she marries a man who is totally wrong for her.

Eugenides, I think, is re-inventing the marriage plot for a modern audience. He’s right that the traditional fall-in-love-get-married story is still one that we tell today. In the world of 1980s Brown College, Madeline and Leonard can meet in a Deconstruction class, study Derrida, and then live out a traditional, non-deconstructed version of the Victorian marriage plot. It looks like even Mitchell Grammaticus (Of Grammatology is the touchstone text of Deconstruction) will follow the marriage plot, as expected. It isn’t until the last page of the novel that Mitchell, staying true to his name, successfully deconstructs the plotline.

Honestly, I think the reason that I like this novel so much is that I’m a total literary nerd. The book is academic, while still being compulsively readable. It’s interesting to watch characters read and react to Derrida, to obsess over the Victorian marriage plot, and then watch those characters live their lives outside of a literature classroom. And all that happens within the structure of a novel, which is totally enticing for literary nerds. I guess we could call The Marriage Plot a deconstructed look at the Victorian marriage plot as it exists in modern literature. Doesn’t that make you want to go buy it as soon as you can??

8 thoughts on “Book #16: The Marriage Plot by Jeffrey Eugenides”