On Tuesday morning, the sky was sporting a chevron pattern in honor of the new year.

We broke out my new ice cream maker on Wednesday and attempted strawberry. It still needs work. 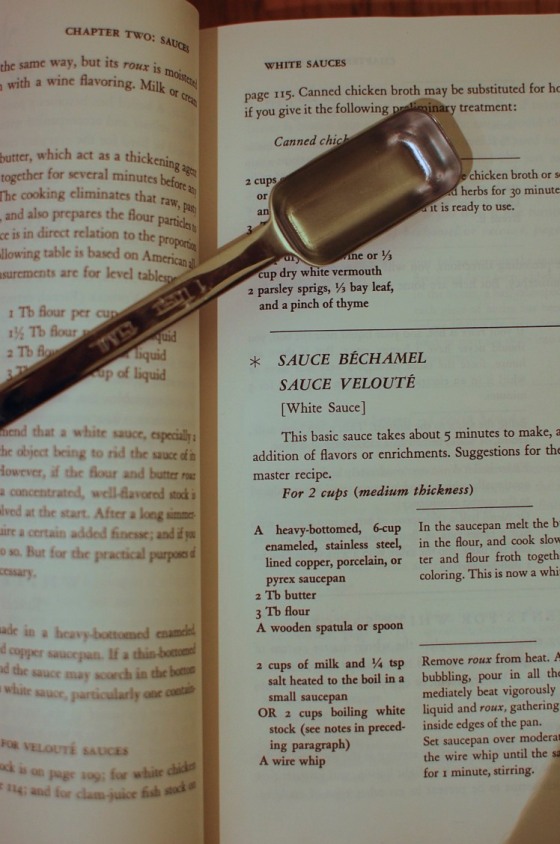 Julia Child and I made a roux!

I realized at work on Friday that my sweater, scarf, shoes, phone case, earrings, and bracelets were all the same color. Since then, I’ve been noticing how many teal things I own–It’s my color for 2013, maybe?

Leeks are my new favorite thing. 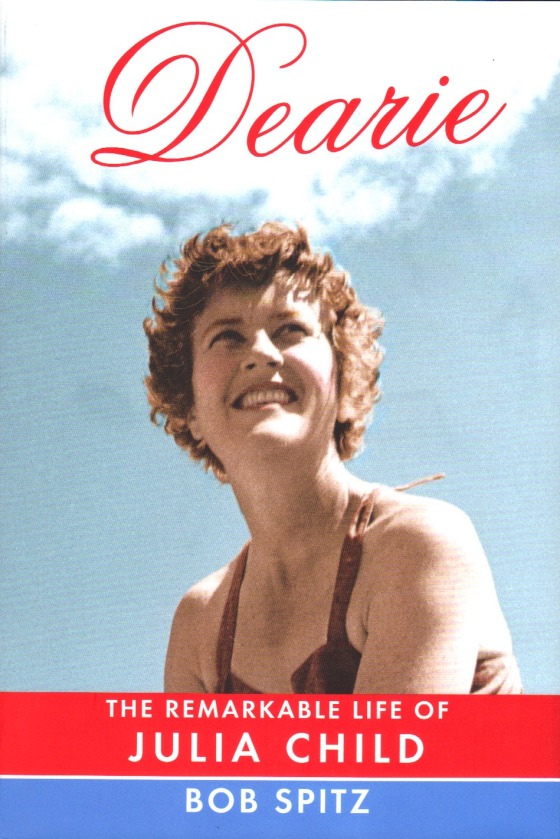 I’ve already read Julia Child’s autobiography this year, and I’ve been referring to her two cookbooks about French cooking for almost everything I’ve cooked since I got both books. I made macaroni and cheese at Christmas that was much improved thanks to Julia’s advice on making a great roux to begin a bechamel sauce. I can’t say that I’ll ever be as devoted a cook as she was–she understood the chemistry of each dish, and kept voluminous notes in order to perfect everything she made–but I think I’ll always turn to her for information on the basics.

After I read her autobiography–it really focuses mostly on her time in France and the first of her cookbooks, Mastering the Art of French Cooking, so it doesn’t necessarily give a full portrait of her life. It’s also, of course, her perspective exclusively. In this exhaustive autobiography, Julia’s entire family history is outlined, helping to understand her family dynamics, her relationship with her sister Dort, and even her husband, Paul Child. The author relies on accounts of other people as well as Julia, and the resulting stories are just great. I think 85-year old Julia, while writing her memoir, may have downplayed her own loud, profane, bawdy nature for a more demure audience, but her biography truly embraces all 6 foot 3 of her, foul mouth and all.

Even if you have no interest in French food, Julia Child was an extraordinary American. She was incredibly motivated, undeterred by her own shortcomings, and truly self-made. Her life, almost accidentally, changed the way that Americans thought about cooking, and I don’t think it’s overstating it to say that her influence has something to do with the homegrown, local, organic, slow food movements of our age… it’s because of people like Julia that we wonder where our food came from, and question what in the world makes instant mashed potatoes possible–and why would we want to eat it?

Read it, and the next time you’re at the grocery store or farmer’s market, think of Julia, out “marketing” in the streets of Paris, befriending her butcher, farmer, cheese woman, and milkman. She was on to something.

1. In One Person by John Irving

3. At Home: A Short History of Private Life by Bill Bryson

5. The Ballad of the Sad Cafe by Carson McCullers

6. Her Fearful Symmetry by Audrey Niffenegger

8. My Life in France by Julia Child

9. Manhood for Amateurs by Michael Chabon

10. The Night Circus by Erin Morgenstern

11. The Solace of Leaving Early by Haven Kimmel

16. The Marriage Plot by Jeffrey Eugenides

18. Dearie: The Remarkable Life of Julia Child by Bob Spitz 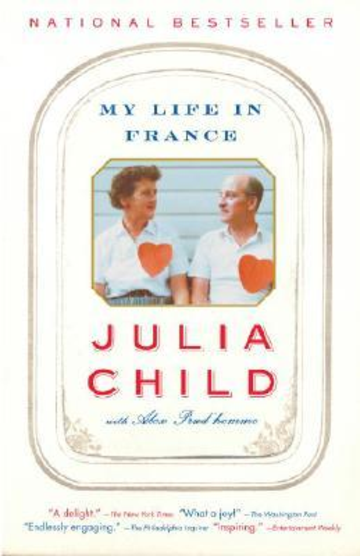 Are there people out there who inspire you? People who do (or did) things in a way that you think is really smart, and maybe you want to do things the way that they did? Julia Child is one of those people for me. Reading her memoir, I was pleasantly surprised by her lifestyle, her method of exhaustively testing and retesting recipes until they were perfect, even her love for walking around markets and learning how to choose and later prepare foods. She was smart, opinionated, headstrong, and willing to work hard everyday for what she believed in. Although she and her husband, Paul Child, were never terrifically wealthy, they lived in a way that made use of every thing and every experience they could lay their hands on. Although she became terribly famous here in the states for her work in writing recipes, she had to start learning somewhere. While she and Paul lived in Paris, Julia cooked incessantly. She took classes at Le Courdon Bleu, she taught cooking classes, and she obsessively perfected any method she sought to learn. 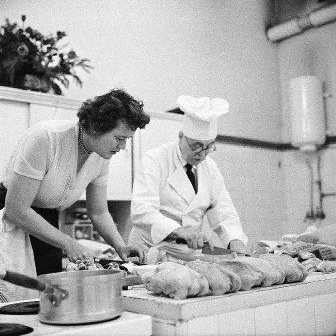 Because she was so headstrong, Julia Child ignored the fact that she didn’t know French–she tried until she could speak it. She ignored the fact that she was terribly intimidating to men due to her loud, booming voice and six-foot-two stature–she refused to quiet herself or appear more lady-like, she simply embraced her personality and waited for those who could handle it. Unless it affected her health, Julia didn’t turn down a buttery sauce or a heavy lunch. She ate in moderation and maintained her health, but she never skimped on flavor to save her figure. She was insistent and almost comically determined and entirely unself-conscious at everything she did. I think those qualities in her are entirely admirable, and I hope to be as determined and secure as she was one day. I love the idea of standing in my kitchen for hours, using pound upon pound of flour to make the perfect baguette, or the perfect pizza dough. Julia Child never let “almost good enough” get past her–she either threw away the idea entirely (after exhaustive testing) or she absolutely perfected it.

Her memoir, My Life in France, is a lovely little book, full of detailed remembrances of specific meals, and an interesting take on the success of her cookbook, Mastering the Art of French Cooking (co-authored with Simone Beck and Louisette Bertholle). She wrote the book in her eighties, with Alex Prud’homme, her nephew, as co-author. As you’d expect, her voice shines through the words in a really remarkable way. I’m not sure if that’s due to her nephew’s skill or her own distinctive wit and sharp memory. Perhaps a combination of both? However it came together, the result is just wonderful.

One of my favorite parts of the book was Julia’s relationship with her husband, Paul Child. They never had any children, and married late (especially for the time), when Julia was about 35. It seems that Julia’s work would have been entirely impossible if not for her husband. He encouraged her, and served as a wonderful partner to her work and adventures through their lives. I think that their relationship was one for the books–it really encompasses the word “partner,” which is really what a spouse should be, right? I love one story that Julia tells in the book, when she decided that there should be pictures in the cookbook, so Paul photographs Julia’s hands trussing a chicken while lying on the kitchen floor–all so that Paul can get the right angle and be able to see the chicken from the chef’s perspective. Those photographs were used by the book’s illustrator to draw simple line drawings of the chef’s hands at work.

Every Valentine’s Day, Paul and Julia sent cards to their families rather than Christmas cards. This one, from when they lived in Germany, is my very favorite.

“I don’t believe in twisting yourself into knots of excuses and explanations over the food you make. When one’s hostess starts in with self-deprications such as, “Oh, I don’t know how to cook…” or “Poor little me…” or “This may taste awful…”it is so dreadful to have to reassure her that everything is delicious and fine, whether it is or not. Besides, such admissions only draw attention to one’s shortcomings (or self-percieved shortcomings) and make the other person think, “Yes, you’re right, this really is an awful meal!” Maybe the cat has fallen into the stew, or the lettuce has frozen, or the cake has collapsed–eh bien, tant pis!

1. In One Person by John Irving

3. At Home: A Short History of Private Life by Bill Bryson

5. The Ballad of the Sad Cafe by Carson McCullers

6. Her Fearful Symmetry by Audrey Niffenegger

8. My Life in France by Julia Child